All Power Labs: Using the spirit of Burning Man to address climate change 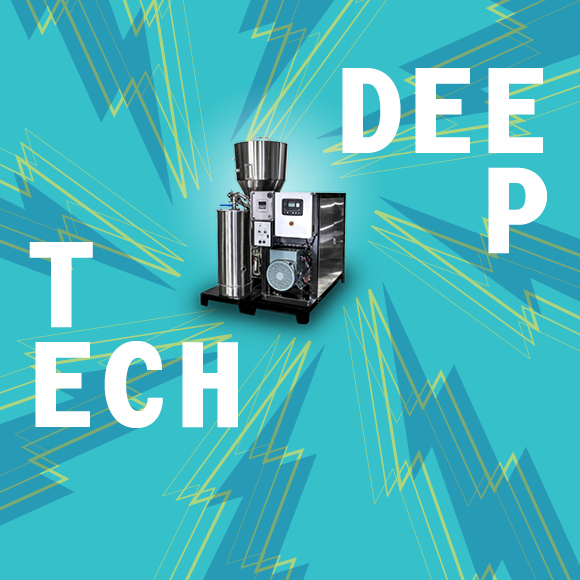 BERKELEYSIDE — The Burning Man festival has deep roots in the Bay Area, with its influence weaving through local art, music and creative scenes. Twenty years ago in Berkeley, it also became the unintended catalyst for All Power Labs, a biomass gasification company that now uses leaves and trees to generate power and ultimately reduce greenhouse gases in the environment.

The small company is located in an industrial warehouse off Murray Street in West Berkeley, surrounded by other nitty-gritty makers and hardware specialists. In the early 2000s, All Power Labs co-founder Jim Mason was using the space to run the Shipyard, a dynamic structure of shipping containers that served as home for artists and creatives to build large-scale structures for Burning Man, in addition to other projects.

Finding neither diesel nor solar to be financially or environmentally sustainable, Mason tapped into a form of power production popular during WWII thanks to the rationing of fossil fuels. He designed a machine that uses gasification, a carbon-neutral combustion process that converts materials that contain carbon, like plants and vegetables, into a gas that can then be used as power. Rather than facing scarcity, like with most fuel, Mason said gasification addresses an excess of biomass, including agricultural residues, dead or dying urban trees, and green waste. It also produces biochar, a soil-enhancing  charcoal that sequesters carbon underground and increases plant growth above ground, thereby resulting in an overall carbon-negative energy production process.

All Power Labs launched its power machine in 2008 as a build-your-own kit. Today it manufactures Power Pallets that produce between 25 to 200 kilowatts of electricity. Reflecting on the hobbyist origins of both radios and computers, the company one day wants biomass gasification to become a user-friendly, affordable and accessible power generation method that it calls the “personal computer of energy.”

“We’re the center for small-scale gasification in the world. No one else really played with this in the same way for a really long time,” Mason said.

The company has continued to innovate. All Power Labs was part of the winning team for the Water Abundance XPRIZE in 2018 as the technical lead for the Skysource/Skywater Alliance team, which used gasifier-based power generation, with a unique use of water vapor from biomass, to make atmospheric water generation machines viable.

All Power Labs has also diversified from its generators, partly spurred by a determination to make a bigger local impact. In its early days, the lab would host workshops for its kits and find that guests were flying in from around the world.

They found that biochar — a byproduct of gasification — was one of the most valuable parts of their production. The carbon-rich material supports many activities of plant growth and the company is now building local relationships with community gardens, food waste management systems and helping the city of Berkeley achieve its zero-waste goals.

“The big reveal for us, quite recently, is that of the carbon impact that we can have out of these (gasification) machines; all the biological stuff produced by our machine can actually be more impactful than the machine itself,” Mason said.

The structure of carbon in biochar produced through gasification is very stable, and can persist in soil for many years as a catalyst for plant growth. The stored carbon also reduces the amount of greenhouse gasses that are returned to the atmosphere.

“If you take biomass, and you just, say, burned it for heat in a wood stove or something, all of the carbon that the plant built through photosynthesis is going to return back into the atmosphere,” Bear Kaufmann, chief technology officer of All Power Labs, said. “If, instead, you create biochar, up to about half of the carbon can be retained.”

When the biochar is mixed with traditional compost, it creates an “incredibly high-performance compost,” according to Mason, and does it in a way that greatly reduces the greenhouse gases like N2O and CH4 that common emissions from the composting process.

All Power Labs launched the Local Carbon Network in 2018 and raised nearly $50,000 selling bags of biochar in an effort to move carbon from “sky-to-soil” through this composting and planting process in Berkeley. The network is pushing for involvement throughout the city, and has sequestered about 50,000 kilograms of CO2 so far, according to the company. The ultimate goal is to make carbon capture and sequestration a sustainable goal throughout the world in the next two decades, and All Power Labs has already set that goal in motion with customers and collaborators all over the globe.

All Power Labs’ senior leaders serve as advisors to the Berkeley Startup Cluster, a partnership between the City of Berkeley, UC Berkeley, Berkeley Lab and local business networks to help make Berkeley a more vibrant, accessible and equitable place for startups to launch and grow. As the leader of this public-private partnership, OED has helped All Power Labs identify opportunities for pilot projects within Berkeley and gain visibility, two of the ways it supports local companies within the innovation sector.

At the company’s core remain ideals of art, individual ownership, and creativity, and Mason believes even the process of composting can be a “sensual” method of getting in touch with life’s processes. He now centers his passions toward scaling All Power Labs to address an urgent and dangerous climate reality.

“We’ve ended up, out of trying to power an art space, knowing things about thermal and biological process that are deeply important for climate impact,” Mason said. “We kind of knew that in the beginning, but the profundity of that has grown.”

Lessen your company’s own environmental impact by becoming a Green Business.