What do delivery bots, faux pork and crowdfunding platforms have in common? 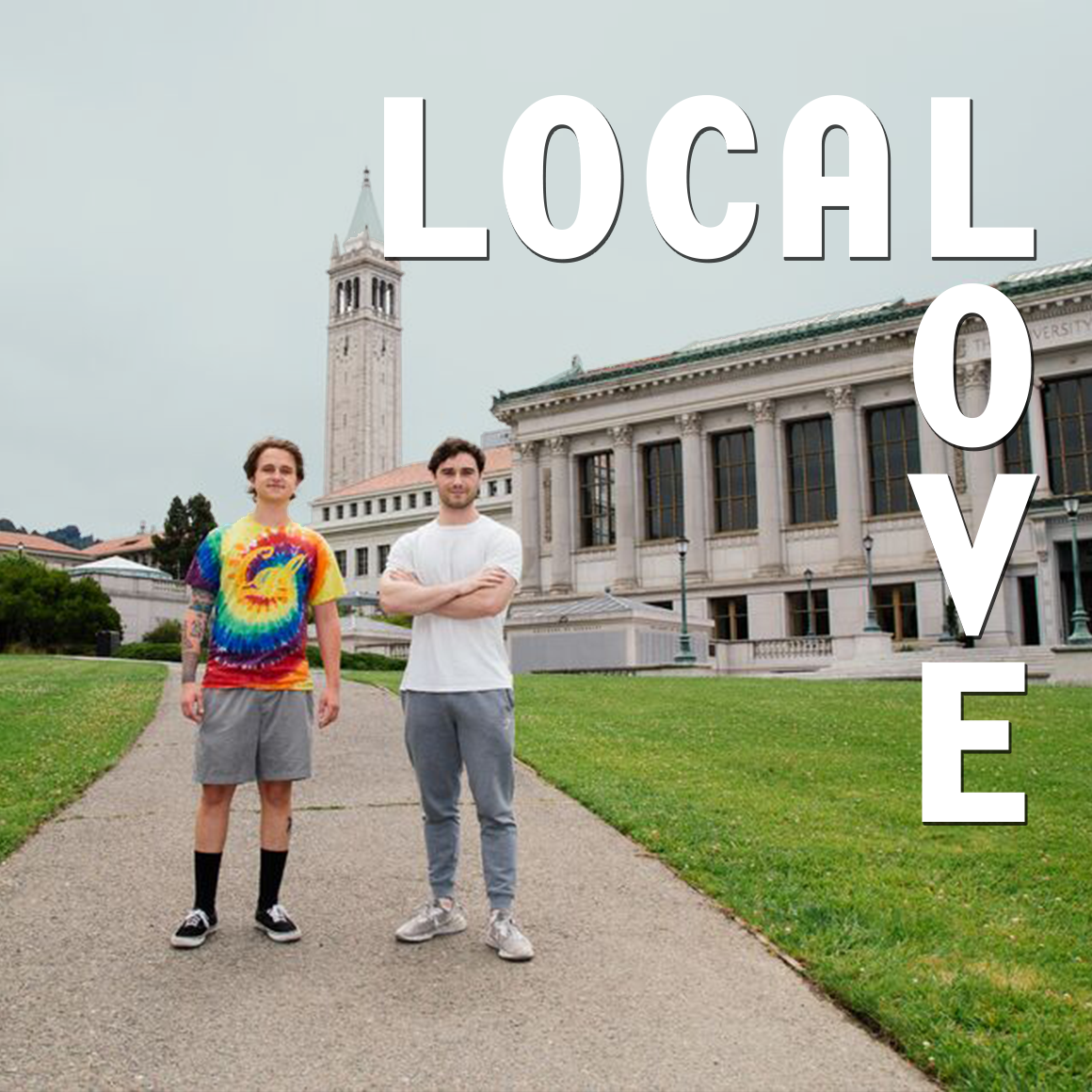 A pork-belly substitute that brings cultural diversity to the faux-meat marketplace.

A mobile app that community members can use to review proposed developments.

These were some of the ideas floated in the “Berkeley Ventures, Berkeley Values Pitch Competition,” a recent contest that saw Berkeley startup founders selling their ideas to support diversity, equity, and inclusion (DEI).

The pitch session was put on by the Berkeley Startup Cluster, a partnership of the City of Berkeley, UC Berkeley, Berkeley Lab and local business associations, who share the desire to make the city an incubator for equity-minded innovation.  In the weeks prior, the Startup Cluster had prepared contestants through a “Learning Lab” that gave them access to coaches and mentors with expertise in DEI-related organizational culture and hiring practices.

The virtual competition featured eight local startups, as well as judges that included Lady Idos (chief DEI officer at Berkeley Lab), Lucia Hicks-Williams (CEO of AnitaB.org), Kal Deutsch (CEO of DealEngine), and Jennifer Mangold (Director of the UC Berkeley Fung Fellowship). The pitches came in fast and furious, “Shark Tank” style. A tech CEO proposed battling ransomware and cyberattacks, which often hit the U.S. from abroad, by aggressively hiring people of different cultures and backgrounds. Kiwibot, which makes those cute little robots that deliver supplies around town, proposed having its fleet do street and sidewalk mapping to support Vision Zero and accessibility efforts. And One Page and RePicture also proposed novel ways to increase diversity in STEM workplaces.

Four startups emerged victorious with cash prizes ranging from $1,000 to $3,000.

At UC Berkeley, Adam Forest and Jay Greenblatt ran into many brilliant folks with ideas for startups. But funding these ventures was not always easy.

“You had people who started to work on things, and our friends would be like, ‘Hey, if I give you $200, can I get some shares?’” says Forest. “And they’re like, ‘No, there’s not really a way to do that right now.’”

Their solution was Launchparty, a mashup of Kickstarter, Robinhood, and Facebook that’s targeted to the university crowd.

Students and people connected to universities – like alumni or entrepreneurs with student team members – can use Launchparty to solicit small investments from their school networks. In return, people who invest get a promise of future shares in that company. There’s also a social-networking aspect that allows university innovators to network and swap ideas, which Launchparty plans to debut this September.

The service aims to democratize the funding of startups. “For context, the name ‘Launchparty’ came from the old-school idea that during the dot-com boom all those companies were super-successful and having those massive parties, and it was always the very wealthy, old-boy’s club doing their IPOs,” Forest says. “Everybody heard about it, but nobody really got in on those.”

“For kids who come from disadvantaged backgrounds, most of them cannot take the risk to start a company because they don’t have the angel connections or personal family-and-friends network, typically the first round that people raise from in a startup,” he says. Forest, who is using UC Berkeley as a test site and plans to scale nationally, hopes the service will help people who historically have struggled to raise early-stage money for their companies and increase the number of black and brown founders within the field of entrepreneurship.

“Over the past 30 years, the proportion of black U.S. STEM workers increased by only 2%, while that of Latinx U.S. STEM workers increased by 3%. Women hold only 15% of direct science-and-engineering jobs,” says Anjika Pai, an environmental sciences undergrad at UC Berkeley. “These statistics do not even consider the pressures faced by scientists in the LGBTQ+ community, though men who are sexual minorities are 17% more likely to leave STEM fields than their heterosexual counterparts.”

Inspired by ongoing social-justice movements, Pai and her friend Sophia Swartz co-founded what would become STEM Redefined, an educational resource that inserts DEI values in what Pai calls a “pivotal point in the STEM pipeline.” Geared toward making high-school classrooms more inclusive and empathetic, the online resource gives teachers a library of aggregated articles, podcasts, and videos that highlight intersections of STEM and society.

“Our organization lowers the activation energy for teachers to integrate lessons on diversity, equity and inclusion into their STEM lesson plans,” says Pai. “We aim to empower anyone to act with ‘STEMpathy’ – to take an approach to STEM that intentionally incorporates a diverse set of identities in order to reflect and shape the world in an equitable manner.”

STEM Redefined plans to bring its resources into at least 50 classrooms within the next year. Nobody on her team previously had any experience in business or crowdfunding; Pai credits her involvement with the Berkeley Startup Cluster and the city’s startup ecosystem with helping the organization succeed.

“Even though we are in a very early stage of development, I know I have the support of incredible entrepreneurs and professionals in the area who are willing and excited to give their time to young founders like me. I feel empowered to take on the title of ‘co-founder’ and label my organization as a ‘startup,’ even though I could have never envisioned this for myself a year ago.”

What do you do when you’re a UC Berkeley bioengineering student who can’t physically attend college due to COVID-19? For Bryan Wong, it was creating a plant-based pork belly in his home kitchen.

“My mom’s been pretty annoyed at the amount of prototypes in our freezer,” says Wong, co-founder of Belli Meats. “But, I’m not going to lie, they all taste pretty good.”

Wong and other folks connected to the university wanted to recreate a favorite dish of theirs, pork belly, which they enjoyed for the taste, texture and, in many settings (particularly Korean BBQ restaurants), the communal aspect of eating.

“In many cultures, they really focus on whole cuts of meat,” he says. “But historically, manufacturers of plant-based meats have focused more on ground-meat products, which go into dishes typically associated with Western palates like burgers, hot dogs, and meatballs.

Belli Meats hopes to appeal to cultures that value whole cuts of meat – say, served up in a Taiwanese braised dish or a plate of tacos – with a plant-based pork belly that mimics the real thing with defined layers and distinct meat and fat sections.

This not-quite-pork belly will provide an option for vegetarians and vegans who wish to respect their cultural heritage, Wong says. And with pork prices surging, it could be a cheaper option at the grocery store. His team hopes to partner with local Asian and Hispanic markets to get their product to consumers, a possibility Wong credits to his experience with the supportive startup ecosystem in Berkeley.  “Everyone wants to provide ways to help you get your foot in the door. It’s overwhelming at first, but it’s a good kind of overwhelming.”

People watching the pitch contest voted by a huge majority to give an audience-choice award to Saara Tayani’s pitch for Geopogo. One way that Geopogo’s augmented-reality (AR) viewing tool democratizes the design review process is by getting the public, especially underserved communities, more involved in reviewing urban projects.

“With our technology, everyone can have access to virtual models of proposed projects, which they can view at their convenience on the mobile devices they already have,” says Dave Alpert, the company’s CEO and co-founder.

“Participating in urban planning often requires time for public meetings scheduled after typical professional work hours. This is the time when many are working at service jobs such as cleaning offices or waiting tables in restaurants,” Alpert elaborates.  “Underserved people who don’t have work conflicts often have family-care conflicts as the heads of households (often single-parent) with more limited resources to pay for childcare.”

When San Francisco was debating a controversial homeless center in 2019, the company created a virtual representation of the building so community members could explore its visual impact on the neighborhood. Geopogo is also working on Berkeley BART station developments and hopes to partner with city agencies and community groups to make its technology a standard part of the urban-planning process.

Like the other technologies ‘pitched’, Geopogo hopes theirs will bring more diverse voices to the table and enable a more inclusive community.