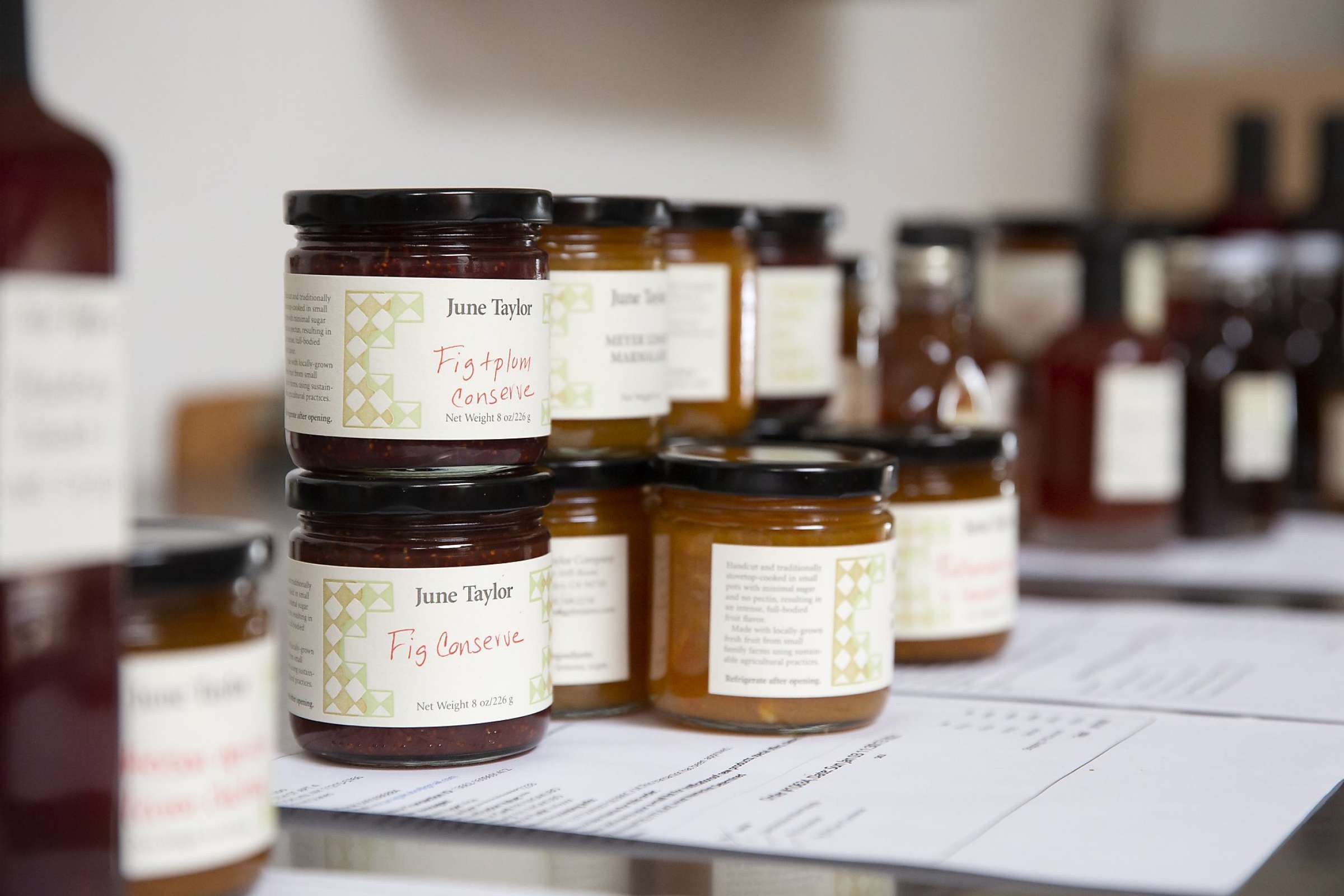 SAN FRANCISCO CHRONICLE — Fans of Berkeley jam master June Taylor have a few more weeks to track down some of her sublime preserves. While Taylor announced she would close up shop at the end of 2020, she actually plans to keep selling small batches of marmalade, candied citrus peels and even one last round of English Christmas cakes as she breaks down her kitchen. She expects to run out of jars in February or March.

Over the past 30 years, Taylor has earned a national reputation for her small-batch specialty jams, conserves, fruit butters, syrups and marmalades that highlight the best in local, seasonal and organic produce — a pioneer in the artisanal, low-sugar jam movement further popularized by companies like Inna in Emeryville and Sqirl in Los Angeles.

With her business successful and her passion for preserving undeterred, Taylor said the decision to close was extremely difficult. But she recently turned 69 and is ready to move on.

“Running a small artisanal business takes a lot of one’s self,” she said. “I’ve dedicated myself to it but I just want some time now to maybe reinvent myself in a creative way, get some more rest, not have my life dictated by incoming fruit.”

She’s looking forward to spending more time on photography, another one of her loves — and maybe even write that cookbook so many customers have been wanting.

Taylor is known for using traditional techniques, making jams by hand and only with naturally occurring pectins like citrus membranes. And her flavors often pair fruit with herbs, like a lavender with nectarine jam or rose with grapefruit marmalade. She goes intentionally slow, preparing a mere seven jars per pot so the preserves start to gel before they lose their vibrant, fresh flavor.

“This is really a kick back to a previous time, to a previous sensibility, to a level of craft that most people would not consider advisable,” she said. “I know what we did was not typical. It’s more readily embraced now but not when I started.”

Saying no to lots of sugar, commercial pectin and subpar fruit were how Taylor expressed her values.

These past few months, she’s felt overwhelmed by all the notes of gratitude from loyal customers as well as the unprecedented demand, as people raced to order their final jars as gifts. On one day about a week before Christmas, Taylor said she received a record of 70 orders in one hour. On another day, she sold 28 Christmas fruitcakes in 10 minutes — and since she only makes 22 in one batch, she scrambled to get the cakes off her online store before she oversold even more.

Her dark, dense fruitcakes are filled with grapes and other fruit Taylor dries herself as well as candied citrus peels, aged port and brandy. The 1-pound loaves cost $80 each.

“People will still say, ‘Oh my god, $80 for a cake?’ And I say, ‘I don’t hear anyone screaming at the Apple store about a $1,000 iPhone,’” she said. “Why is food always seen to be outrageously expensive when it’s not in the scheme of things?”

Thinking about the next generation of preservers, Taylor said she hopes it gets easier to run a small artisanal food business in the urban Bay Area. Between rent, taxes, insurance and licenses, she said it’s remarkable anyone can make it work.

“There’s a lot of people excited by this craft, and that’s heartening for me,” she said. “Let’s have more people going against the grain, going against a wickedly debased food system.”