Wild Earth: Taking on factory farms, one bag of kibble at a time 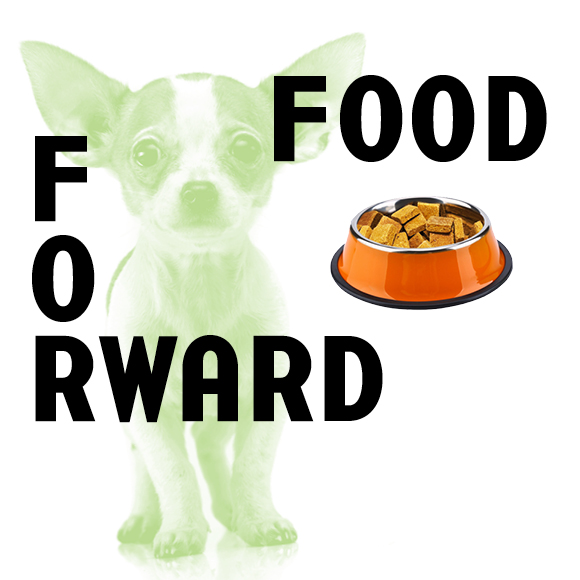 BERKELEYSIDE — Pet owners would be hard-pressed to find another dog food company that broadcasts its CEO eating kibble on its website, but it’s just one of the ways Berkeley-based Wild Earth is looking to shake up the industry.

CEO Ryan Bethencourt and Chief Product Officer Abril Estrada co-founded the company to make sustainable, plant-based dog food the new norm, even though it might raise some eyebrows at first. Wild Earth’s innovation is using a fungi-based protein called koji, grown in the company’s lab and office space on Seventh Street and Heinz Avenue.

The two founders are well aware people may balk at the idea of feeding dogs fungus, Estrada said, but many don’t realize dogs are omnivores, having adapted to eat both meat and plant-based foods after spending roughly 100,000 years as domesticated companions to humans. The Wild Earth dog food includes yeast, oats, peas, sweet potato, chickpeas, and canola oil, and was created in close consultation with veterinarians to ensure nutritional value. It helps that koji, used in Japanese and other cuisines, creates an umami flavor that dogs have specifically picked out from other kibble in taste tests.

“We were very conscious of not just saying ‘All right, let’s just meet the minimum nutrition levels,’” said Estrada, also a trained chemist, while explaining the healthy fats, omega fatty acids, amino acids, vitamins and minerals that were considered and implemented into the final formula.

The technology gained prominence earlier this year when it received $550,000 in funding from billionaire Mark Cuban on the reality show Shark Tank. The achievement is commemorated with a life-size Mark Cuban cut out in Wild Earth’s lobby (which, Bethencourt says, Cuban loves.) Overall, the company has raised $16 million in funding from Cuban, VegInvest, which supports sustainable food and meat alternative ventures, and other investors.

In its mission to “rewild the Earth,” the company is expanding its R&D facilities with the hope of becoming a hub for the ethically and sustainability-focused future of food community. Bethencourt brings his expertise here as the co-founder of San Francisco-based biotech incubator IndieBio, which has invested in numerous food science and sustainability-oriented companies.

Bethencourt is deeply embedded in Berkeley’s innovation ecosystem as an advisor to the Berkeley Startup Cluster, a collaborative effort of the City of Berkeley, UC Berkeley, Berkeley Lab, Berkeley Chamber of Commerce and Downtown Berkeley Association to make Berkeley a more vibrant, accessible and equitable place for startups to launch and grow. The Berkeley Startup Cluster has been supporting the growing plant-based foods industry in Berkeley, by sharing news about local company food innovations and successes, hosting and sponsoring events on the “Future of Food” (including the Berkeley Chamber’s Berkeley Today & Tomorrow luncheon in 2019, which featured Wild Earth products), helping companies obtain their business licenses and building permits, and connecting business leaders to local talent and workforce training programs.

Though many have suggested Wild Earth transition into plant-based food for humans, Bethencourt said the company first wants to tackle the role of pet food in the meat industry, which accounts for about 30% of its environmental impact. This impact is intertwined with unethical and harmful conditions for both human workers and animals held under unethical conditions in factory farms.

The company is currently working to cement sustainable practices across its supply chain, starting in its lab and working its way through its factories, packaging and shipping processes. Bethencourt and Estrada said they don’t yet have the scale to ensure sustainability in every step of their process. For example, they’re forced to use diesel-fueled trucks, and haven’t been able to produce fully recyclable containers. But the sustainability goals are built into their DNA.

Evident from the dogs casually lounging in the company’s headquarters, Wild Earth is a company full of animal lovers who want to create high-quality, clean and healthy alternatives to pet food, most of which is currently sourced from meat byproducts. Though meat byproducts are considered safe for pets, an FDA recall in 2018 drew attention to pet food that contained a powerful chemical used to euthanize animals.

“We literally eat our own dog food. That’s a statement in and of itself,” Bethencourt said. “We believe in the quality of the food so much that we are willing to eat it ourselves, because we know there’s nothing gross in there.”

Wild Earth is pursuing partnerships with animal shelters across the country, and the founders said they even receive requests from locations across the globe who want to try the products for dogs with food allergies and other ailments. Animal proteins are often the source of irritation in pet foods, Estrada said, so creating a plant-based food gives Wild Earth the “knock-on effect” of being a good choice for sensitive pets.

Next year – dubbed “the year of the cat” at Wild Earth – the company will begin rolling out its cat food, which has been a particular challenge. Cats are obligate carnivores who are still a little wild, having essentially domesticated themselves to satisfy their needs, Estrada said. Wild Earth is working through layers of nutritional research to figure out how to make a plant-based food viable for felines.

The company has gotten support from celebrities, health fanatics and others who already embrace various facets of sustainable food lifestyles, and it’s working on making the innovation accessible to all pet owners. As it gets bigger, Bethencourt said the company wants to drop its prices and compete with big-name brands like Pedigree, Purina and Blue Buffalo. It currently sells to customers in all 50 states and is working on getting on shelves in large pet food stores, as well as the boutique stores where it’s currently stocked (Wild Earth worked closely with Berkeley boutique pet food retailer Holistic Hound to get off the ground). Ultimately, Wild Earth hopes to take on the challenge of feeding pets across the world.

“If we could do that, we could feed, you know, every animal the healthiest, most sustainable food. That’s our mission,” Bethencourt said. “We’re not trying to be a premium dog-food company. We want as many people [as possible] to be able to afford our product.”

Purchase gifts made by local companies at the Berkeley Holiday Gift Fair at the David Brower Center in Downtown Berkeley (Friday, Dec. 6, 3:30-6:30 p.m.) – and get free Wild Earth treats in your gift bag!