Meet people who are driving inclusion at a major Berkeley employer 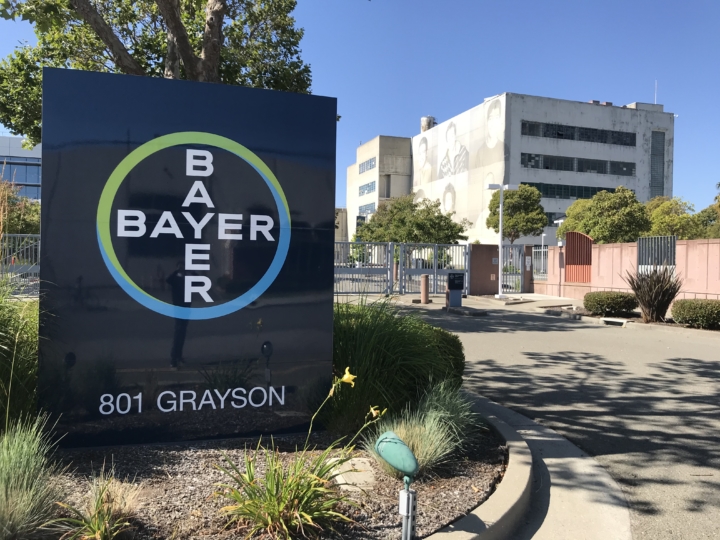 BERKELEYSIDE — Growing up, Jacqueline Minas decided to bet on herself. As a Mexican-Armenian-American woman, there were a lot of voices telling her she couldn’t achieve at a high level.

“I was constantly being told I can’t, just because I’m a woman or because I’m Mexican Armenian American. That fueled me, because I thought, if you are going to bet against me, then I’m going to bet on myself,” she said recently.

After completing her Master of Science degree in Quantitative and Systems Biology, Minas started her career as a cell culture specialist at Bayer in Berkeley. The biotech company manufactures medicine to treat hemophilia and develops new treatments for other diseases. Three years later, she found herself co-chair of the company’s local Inclusion and Diversity Council. Now, Minas hopes to support people like her — those without a built-in professional network — so that they “feel valued and feel that they can succeed, and no one is telling them that they can’t.” This means not only diversity in the hiring process, but in who advances in the company.

Bayer’s Inclusion and Diversity Council in Berkeley feels like a “home away from home,” according to Yaengsaeng Xayavong, who co-chairs the Council in addition to her work as the director of facilities management. Raised in Richmond, Xayavong valued diversity from a young age. She says her involvement with the Council has been driven by making sure that everyone at the company feels valued and can contribute authentically at work.

According to Xayavong, the Inclusion and Diversity Council is the bedrock of the Bayer’s many business resource groups (BRGs) that operate like affinity groups for people who have been traditionally under-represented in the sciences (and their allies). There’s “BASIA” for Asian Americans, “ARISE” for people of African descent, “UNIDOS” for people in the Latinx community, and an LGBTQ+ group, among others. The Inclusion and Diversity Council collaborates with these groups to put on educational events for employees and establish supportive partnerships. For instance, this summer, Berkeley BRGs plus Bayer leaders took a stand against racism and injustice.

Luckily, “Berkeley leadership is all ears,” Minas said. “They want to hear from us and they’re constantly working to improve the lives of their employees and the surrounding community.”

Bayer leaders believe that making work culture inviting for all is the right thing to do – and they know that a diversity of viewpoints is crucial to the success of a business. The Center for Equity, Gender, and Leadership at the Haas School of Business at UC Berkeley cites scores of studies about the business case for diversity. Research has demonstrated that workforce and leadership diversity deliver a range of measurable positive business outcomes including enhanced financial performance, greater innovation, increased productivity and improved reputation.

While 78% of the life sciences sector in the US is composed of individuals who identify as “white” (2018; Bureau of Labor Statistics), Bayer’s data in Berkeley is a sharp contrast. Their employee population is roughly 40% Asian American, 32% White, 12% Hispanic, 9% Black/African American, 2% Native Hawaiian/Pacific Islander or Native American, with the remainder either being of more than one race or not sharing their racial identity.

As co-chair of the LGBTQ+ group called BLEND, Brian Urmanita leads staff education on what it’s like to be LGBTQ+ in the workplace, in addition to his work ensuring that manufacturing equipment always performs as specified to produce medicines. In 2018, Urmanita helped launch a program that taught employees about various LGBTQ+ identities and how to be an effective ally for members of this community.

“I feel like it’s my role to help educate people on these issues in ways that they normally wouldn’t learn about in their everyday lives,” Urmanita said. The ultimate hope is to allow people to bring their authentic selves to their job and, “…not have to put some part of who they are away in a box while they’re at work.”

In the COVID-19 era of shelter in place, the group’s activities have shifted to webcasts, most recently a celebration of Pride and another for Transgender Awareness Week in November. That welcoming community extends to parents of transgender children, as well.

“One of our goals is to help people understand one another’s experiences by making a personal connection with people who are different from them but who they work with,” Urmanita said.

The employees leading the Inclusion and Diversity Committee and business resource groups like BLEND play a vital role in creating the company culture – and making Bayer a workplace they are proud to be part of. They’re passionate about inclusion: Minas, for instance, reads books on multicultural leadership on her own time. But their work wouldn’t be possible without the support of Bayer leadership, who value inclusion and diversity, too.

“I’ve had to put myself out there in ways that I wasn’t always comfortable with, but I knew that I had the support of other co-workers and senior management. Having that support has been pretty special and it’s made the role easier,” Urmanita said.

This story is written and sponsored by Bayer Berkeley. Bayer is a global enterprise with core competencies in the life science fields of health care and nutrition. Its products and services are designed to benefit people by supporting efforts to overcome the major challenges presented by a growing and aging global population. Bayer is committed to the principles of sustainable development, and the Bayer brand stands for trust, reliability and quality throughout the world. In the Bay Area, Bayer’s Pharmaceutical division has operations in San Francisco, home of its Open Innovation Center — North America West, and Berkeley. In Berkeley, more than 1,000 employees collaborate to provide medicines to hemophilia patients in more than 50 countries and also develop and manufacture medicines for clinical studies that address health conditions ranging from cardiovascular disease to cancer. Building on its strong foundation in biologics development and biomanufacturing in Berkeley, Bayer plans to diversify operations. The company will be investing in new facilities and technologies that speed the development and launch of specialty medicines. For more information, go to www.bayer.com/berkeley.