Berkeley Startup EnChroma Brightens the Vision of the Colorblind 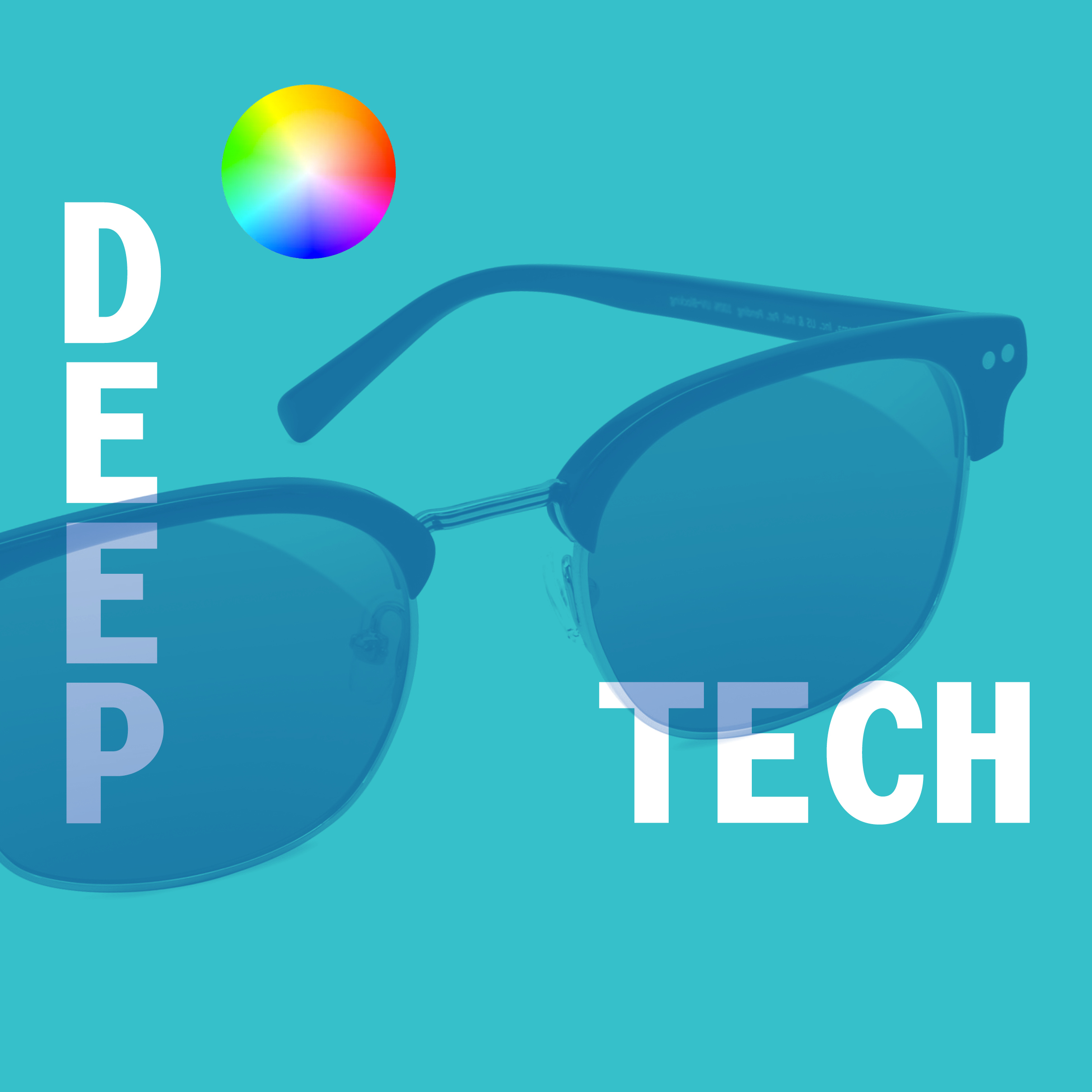 BERKELEYSIDE — Don McPherson liked to wear his special glasses when he played Ultimate Frisbee in Santa Cruz back in 2002. A former glassblower turned glass scientist, McPherson had developed the spectacles for surgeons to protect their eyes during laser surgery.

“He used to wear these glasses because he thought they were cool,” says Andrew Schmeder, the president and CEO of Berkeley-based EnChroma, the cutting-edge eyewear company. “He let this other guy playing wear them. The guy looked at one of the (traffic) cones they use for the game, and he was like ‘Oh my God! I can see the cones! They’re orange!”

A man seeing traffic cones didn’t seem like a big deal at first, until McPherson (who wasn’t available for this story) discovered why he was acting like a miracle had occurred.

“He was colorblind,” Schmeder says. “That kicked off the investigation into the glasses.”

Some of civilization’s best inventions came by accident. Percy Spencer researched radar in 1946 when he noticed the candy bar in his pocket melted, resulting in the microwave oven. Alexander Fleming threw out failed lab experiments in 1928, then noticed the Petri dishes had grown mold that dissolved all the bacteria around it, and penicillin was born. John Hopps experimented with radio frequency to treat hypothermia in 1951 when he figured out a cooled-off heart could be restarted by artificial stimulation. Millions since have been kept alive by pacemakers.

And now, thanks to a Berkeley scientist’s fashion sense, the lives of people who are colorblind are transformed. They can tell the difference between red and green traffic lights. People even have a better sense of whether food goes bad, Schmeder says.

To people with regular color vision, EnChroma’s glasses make colors “pop.” Small traces of red and yellow suddenly jump out of a tangle of otherwise green tree leaves. Where blue paint on a car meets the bumper is suddenly lined with a purple hue. Colors become deeper and more vivid.

But for a person who is colorblind, the glasses allow them to see colors they couldn’t see before. Which can change a life.

After the surprise discovery that the glasses they had developed for laser eye surgery also helped colorblind people, the company changed its mission. It spent the next few years on raising grants and research and development with scientists from UC Berkeley and UC Davis, while moving through a few West Berkeley locations. EnChroma’s glasses hit the market in 2015 and something unexpected happened.

“Viral videos started taking off,” Schmeder remember. “There was this amazing video, in which a family gives a colorblind man these glasses on his birthday, and it’s an emotional moment,” says Schmeder.

“He looks into his children’s eyes and can see their color for the first time,” says Kent Streeb, EnChroma’s director of public relations. “He just loses it.”

The video is one of several similar revelations garnering millions of online views. Word spread. The company started including an array of colorful balloons with the glasses, so the wearer could immediately experience the difference and see bright, clear, distinct color.

“Our bigger mission is to make a meaningful difference to the lives of people with colorblindness,” Schmeder says.

To colorblind people, purple and blue can be indistinguishable, Streeb explains. Pink can be gray; red and green can look white, peanut butter looks green, and red flowers look dead. Color blindness affects one in 12 men and one in 200 women. Thirteen million people in the U.S., and 300 million worldwide, have some form of colorblindness.

“The stories we get to hear are just incredible,” Schmeder says.

Berkeley is home to more than 350 innovation companies.

Based in West Berkeley, EnChroma is part of a cluster of more than 350 innovation companies that have chosen to grow their business in Berkeley. According to the city of Berkeley’s Office of Economic Development (OED), EnChroma exemplifies “deep tech” businesses that harness science, engineering and technology to tackle social, environmental and other pressing human issues. That’s an emerging strength in Berkeley businesses.

The OED supports companies like EnChroma through the Berkeley Startup Cluster, a collaboration between the city, UC Berkeley, Berkeley Lab, Downtown Berkeley Association and Berkeley Chamber of Commerce. Schmeder says, “Berkeley is an attractive location for EnChroma’s headquarters because of its workforce diversity and depth of the talent pool – including access to some of the best scientific minds in the world – and the strong support of the city, which has helped our business thrive.” EnChroma now employs 40 people.

The company is casting a bigger net moving forward. EnChroma’s glasses are made from Trivex, a lightweight material that has opened the pediatric, prescription and sports markets to EnChroma. Their products are currently in 250 retail outlets, though most of its business is done through its website.

EnChroma wants to expand efforts to help people with colorblindness. For example, only 11 states test children for colorblindness, Streeb says. (If parents want to test their child’s color vision, the most used test in the world is available on EnChroma’s website.)

“When they test kids, they tend to rush through and maybe don’t get to all the color tests,” Schmeder says. “We’re working on a device for opticians, for anyone, really.”

“If you have 5,000 kids for eye tests, and it takes an extra five minutes per kid to test for colorblindness, it goes by the wayside pretty quick,” says Schmeder. “People don’t realize that when a kid is taking a social studies test, and there’s a color key at the bottom, they can’t identify what’s what. And the kid is like ‘I don’t get it.’”

Shop for holiday gifts from EnChroma and other innovative Berkeley businesses through the BerkeleyHolidays Gift Guide.