Berkeley’s Gather, more than just a place to meet 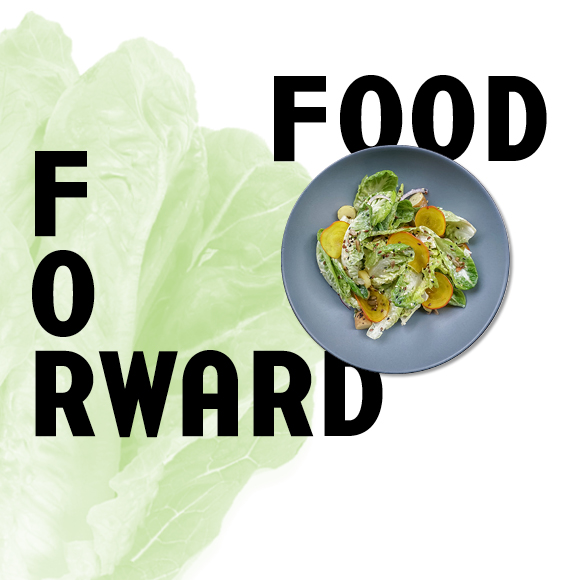 BERKELEYSIDE — Few restaurants had as much history packed into their DNA as Berkeley’s Gather, even before a single diner sat down.

“We had stories,” said owner Eric Fenster, who unveiled his sustainable, organic restaurant downtown almost ten years ago. “We were just waiting for customers to hear them.”

Even in Berkeley, Gather was ahead of its time. Valuing fresh, local food for California cuisine is one thing. Creating a restaurant from recycled memories (and materials) is quite another.

Few restaurants had as much history packed into their DNA as Berkeley’s Gather, even before a single diner sat down.

“We had stories,” said owner Eric Fenster, who unveiled his sustainable, organic restaurant downtown almost ten years ago. “We were just waiting for customers to hear them.”

Even in Berkeley, Gather was ahead of its time. Valuing fresh, local food for California cuisine is one thing. Creating a restaurant from recycled memories (and materials) is quite another.

“We used 600 used leather belts to stitch the seating cushions. It’s farm soil and local clay on the walls,” said Fenster, sitting in Gather’s patio area, while employees buzzed around, converting the area from lunch to a dinner setting. “We used pickle barrels and old wooden bleachers from a Sonoma high school – the tables are from Oxnard High. The counters are made of compressed paper that’s almost as strong as stone.”

As is the commitment to the community and to doing the right thing.

“A lot of it is in the name,” said Fenster, who said the future will likely include a patio expansion with a greenhouse around the space and live music. “To gather around a table and break bread. To gather ingredients, harvesting the most cutting edge and sustainable. And to gather the material to make a restaurant re-purposed and recyclable.”

To help with the coming patio expansion, which also will include an interior update, the restaurant reached out to Berkeley’s Office of Economic Development (OED), whose mission is to assist businesses to access resources, feel welcome in Berkeley, and thrive. With OED’s help, Gather has submitted necessary zoning and permitting paperwork to the city and is looking forward to taking the next steps.

Fenster and business partner Ari Derfel (who left the business two years ago) each had little food service experience when they started Back to Earth Catering Co. in 2002, three years after Fenster moved from New York. The focus was on creating a local, organic operation with sustainable foods, which they continued on a grander scale after expanding into the then-new David Brower Center on Allston in 2009.

“Just in time for the economy to collapse,” he said, laughing.

Nevertheless, they persisted in what’s been called “the greenest building in the East Bay,” with eco-friendly non-profits as its tenants, including the Woman’s Earth Alliance, run by Fenster’s wife, Melinda Kramer.

It makes sense. After all, The New York Times called Fenster a “food activist.”

Gather’s root philosophy is of a piece with the broader heritage of restaurants and food companies in Berkeley, dating back to the founding of Chez Panisse in 1971. Today that spirit – which the OED dubs “Food Forward” – can be seen in individual restaurants, pioneers in food technology, social innovators and nimble suppliers.

“We want to support sustainable farmers and fisher people and ranch people,” Fenster said. Gather uses about 80 food vendors. “We use sustainable oils, spices… everything. We go beyond organic.”

And they admit, the prices reflect that.

“We’re trying to sustain relationships with farmers,” said Nat Houston, Gather’s director of marketing and social media. “We attempt to keep our prices as reasonable as possible while paying living wages.”

Which contributes to some employees making Gather their career.

“By far, the turnover here is far less than anywhere else I’ve been,” Houston said. “We have servers who have been here since the beginning.”

Gather goes to great lengths to make everyone welcome with 50% of the menu vegetarian and half of that vegan at all times. “We have a spicy tomato pizza that’s fully vegan, with homemade cashew puree to give it a cheesy texture,” said Houston. “I don’t normally seek out vegan offerings, but it’s awesome.”

He also talked up Gather’s roast chicken, that changes every season, and currently has black turtle beans, curtido and hazelnut mole.

“There are lots of things on the menu that are great talking points,” Houston said.

The menu has so many options, someone can walk in with an allium allergy and not worry as Gather’s pizza sauce is allium-free (those with allium allergies can react to garlic, onions, shallots, asparagus, and chives).

“We care about the food chain, from start to finish,” Houston said. “Even down to the raspberries in the cocktails that are organic.”

Houston said their chefs use everything they can, including the tops of strawberries to the non-prime cuts of animals, which most restaurants throw away. There are both vegetarian and humanely raised items for carnivores.

“Our hope is that customers appreciate our commitment to lessening our environmental impact as much as possible,” said Houston, who hopes this results in repeat customers.

Gather’s leaders also hope customers appreciate their commitment to the community. The extensive bar features four “cocktails for change,” the profits from which go to various local non-profits. The beneficiaries change quarterly and are chosen by staff and the public. Currently, for example, the Sobrante Sour supports Friends of Berkeley Tuolumne Camp and the Desert Flower supports RCD Housing. Gather is also active in the Downtown Berkeley Association (DBA), an independent nonprofit organization, funded by Downtown property owners and other sources.

“We care about our community and our success depends on them,” Houston said, pointing out that drinks are typically where restaurants make big dollars. “This is near and dear to our hearts.”

Contact OED if you’re considering opening or growing a business in Berkeley.

Sign up for the Downtown Berkeley Association newsletter to find out about events at Gather and elsewhere Downtown.