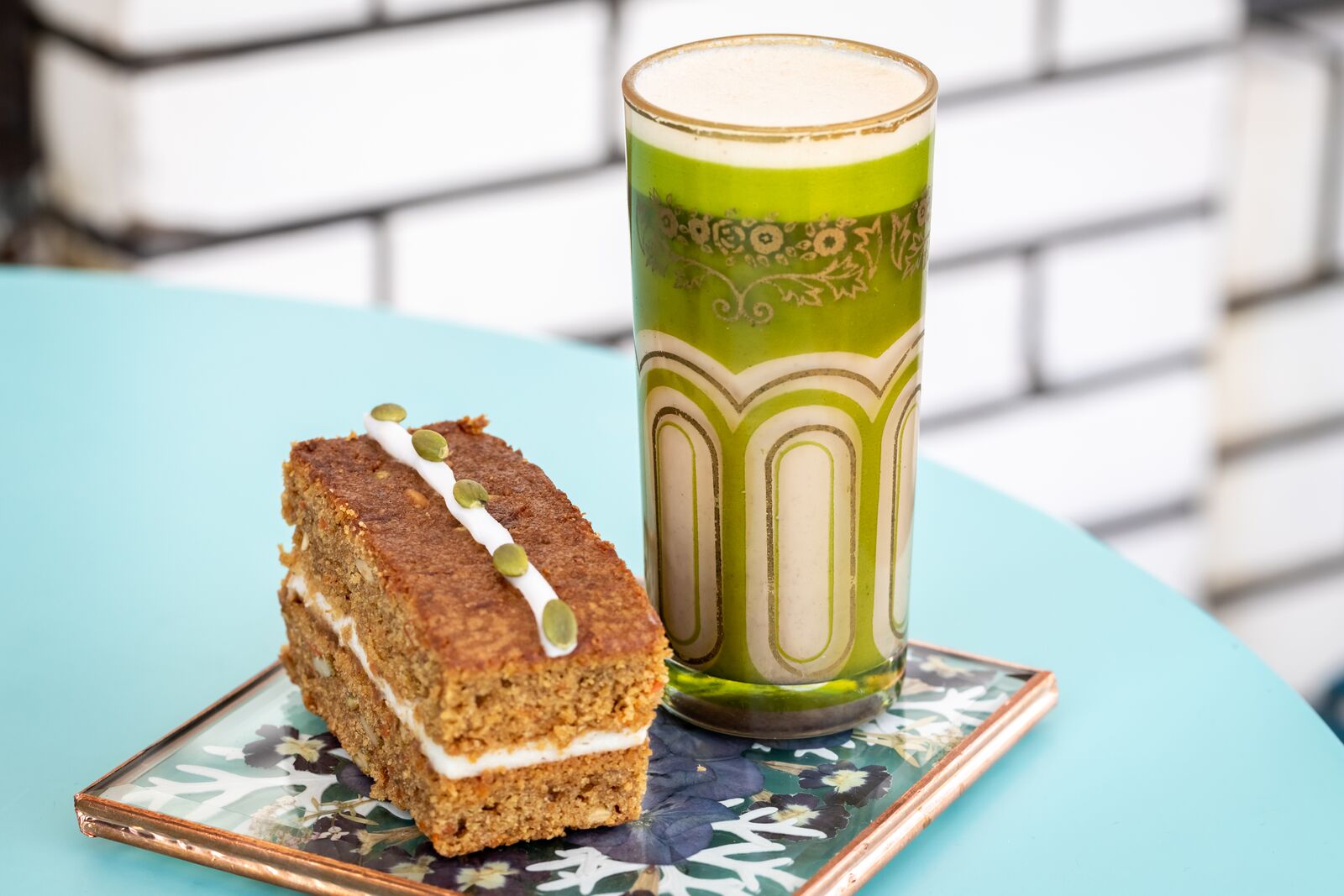 BERKELEYSIDE — From the time he was a boy, Rasa Mott had three guiding principles instilled in him by his parents, his teachers and the activist Black community in North Oakland that functioned like an extended family: hard work, discipline and patience.

They are principles he has sought to apply to his education, to his training and career as a chef and, since 2013, as the owner and creative director of Rasa Caffe. The cafe, located on Martin Luther King Jr. Way in South Berkeley’s historic Lorin District, has been his way of reconnecting with — and building on — his sense of community.

“So much of it is the aspect of being able to share the things I learned growing up and through my travels, of bringing that all back home.”

Mott’s parents were both Black Panthers: his mother, Ericka Huggins, is a well-known activist and educator. His father, James Mott (known later as Saturu Ned) was the front man for Lumpen, the Black Panthers band that set trenchant social commentary to a funk and R&B soundtrack.

Food was the thread woven through his childhood.  “My mother used to make us the best vegan meals. All homemade and delicious. But it wasn’t just about feeding us.  It was about expanding my awareness of tastes, flavors, and well-being around the world. She let me cook at her side.”

When he was 12 and again when he was 15, Rasa visited India, where he experienced a kind of youthful epiphany — the deep, satisfying “sensory palate profiles” of food. “It was discovering an early passion,” he said. “Everything flows a certain way in India. People there want to give you a great experience of themselves and their food. They cook every day; the food is fresh. That resonated with me — that knowledge, that hospitality.”

Perhaps it was foreordained: As he likes to point out, his name, Rasa, is Sanskrit for “essence” or “flavor.”

As his travels and experiences widened, so did his sensory palate. In 2007, he formalized his knowledge, achieving a Certified Master Taster (CMT) from Chef’s Best of San Francisco. By then he was already a trained chef, having graduated in 2001 from the New York Restaurant School (which later became the Art Institute) and subsequently worked in restaurants in New York City, Thailand, and the Bay Area.

In time, however, he wanted a place where he could give full expression to his experiences and palate. Rasa Caffe is that place. Freed from prescribed recipes and menus, he was able to create a menu that unites flavors from India, Asia, Europe and the African diaspora. Even a cursory glance at the menu conveys this: golden latte with orange and molasses, steamed sweet rose milk with saffron and vanilla, Rasa coffee with cinnamon and cardamom.

Like mixologists who craft their own bitters and mixes, Mott makes all his own chai blends, spice mixes, specialty milks and syrups in house, and roasts coffee beans sourced from selected farms at Pulley Collective of West Oakland. He even makes a true ganache for the hot chocolate and cafe mochas. “It’s the kind of passion we want to bring to every customer and every drink.” The pastries come from chef Auset Selassie’s Brulee Bakery in Oakland.

As much as he recognizes that he is part of local Black history — past and future — when it comes to the cafe, he says, “my being Black is the least interesting thing about me.

“Yes, it’s a Black-owned business,” he continued. “But I want people to come because it’s good, because we’re working to create the best possible drinks.”

The biggest test of that, of course, has been the pandemic. It was impossible for Mott to avoid the ongoing reminders of COVID’s effect on local small businesses. “It was a daily question of how do we keep ourselves mentally prepared and healthy, and be kind and respectful. I kept coming back to hard work, discipline and most of all, patience.”

That he hung on, he believes, is a testament to Berkeley’s belief in his vision. The pandemic, tough as it has been, has shown him how people and businesses can be lifted by community. “I look back at all the people who came out to support us over the past two years and it’s mind-boggling how Berkeley supported us. “We’re extremely fortunate to be in business,” he continued. “The one thing that really stood out for me is that we could not have done this alone. We could not have done it without the people. Because of their belief in us, we can work on being that much better — with ourselves, with our product. We can grow and offer more.”