The Legend of Moe’s Books 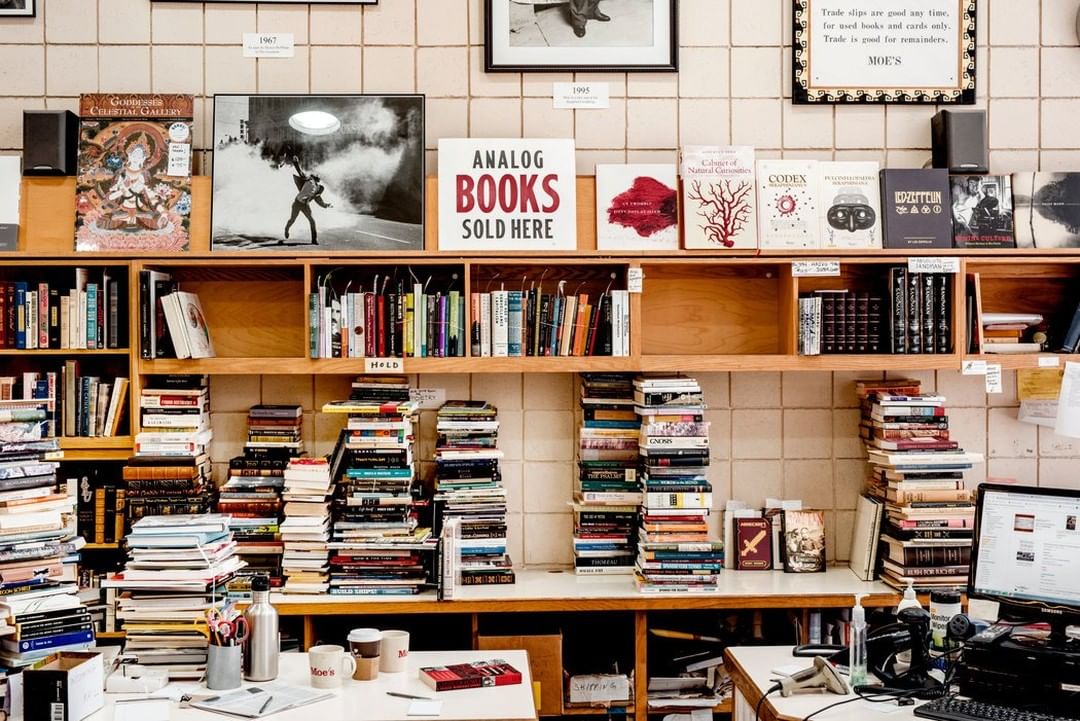 THE NEW YORK TIMES — Moe Moskowitz, the co-founder of Moe’s Books in Berkeley, was known for a lot of things: his omnipresent cigars; his appalling dancing (sometimes to Cab Calloway on the store’s turntable); his political activism; and especially the way he held court at the cash register, riffing like Jackie Mason at a Friars Club podium.

The more you know about Moskowitz (1921-1997), who opened the store in 1959, the Beatnik era, with his wife, Barbara, the more you want to know. He was brusque and a bit of a slob. He drove his sports car like a maniac. One of his former employees has written about his “famous flatulence.”