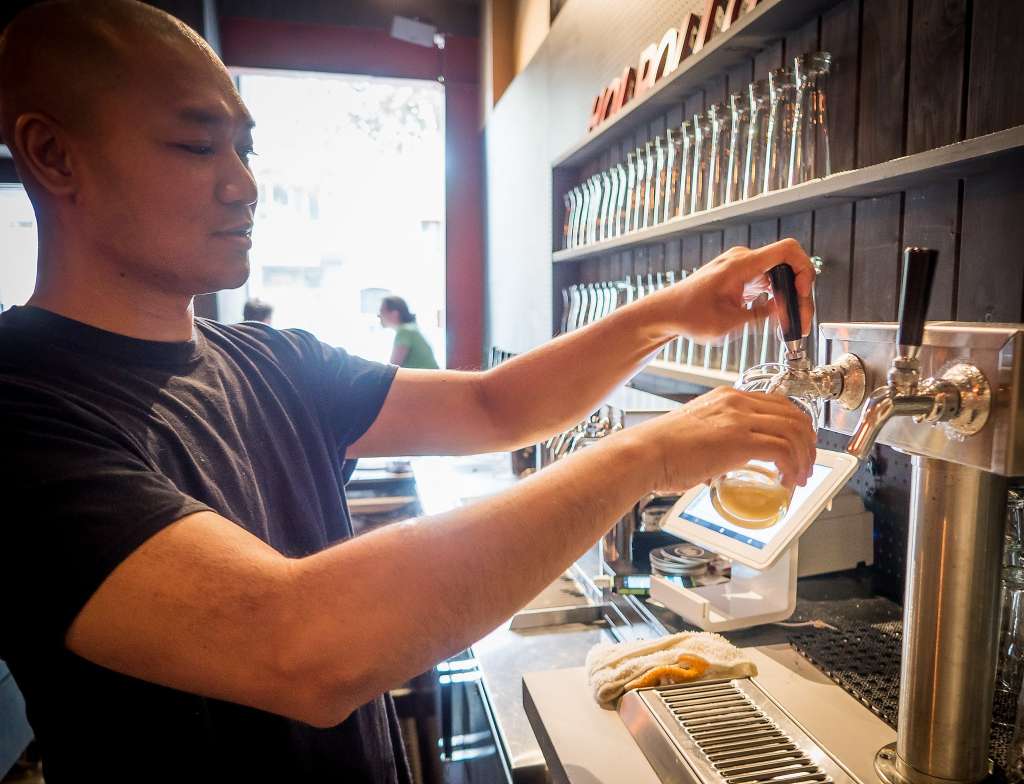 SFGATE — A brewpub, we’re accustomed to think, is an echoing warehouse where humans drink in constant reminder of their place in the industrial world, dwarfed by silver tanks the size of a brontosaurus. They’re cavernous in the way that is meant to put Americans at ease. We can sprawl out, shout at basketball games on giant televisions and eat 43 species of fried potatoes.

Not Viet Vu’s Hoi Polloi Brewpub and Beat Lounge in South Berkeley, which squeezes a three-barrel brewing setup into a space the size of a bodega. Hoi Polloi only owns 20 stools, and if they’re all in use, everyone hugs the marble bar and their neighbors real tight